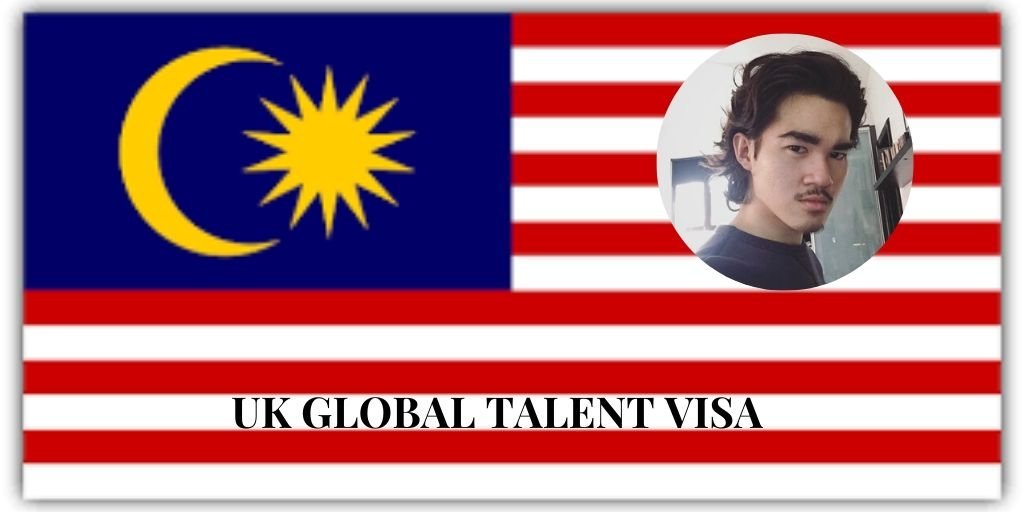 Ezra Ng, a Chinese Malaysian designer contacted me in February 2017 after reading my blog on how I received my Global Talent visa (formerly Tier 1 Exceptional Talent Visa) #TechNationVisa.  Ezra’s story is one of trials and tribulations, failures and triumph about a creative designer and artist who fell in love with London while studying a Bachelor of Design degree. During his final year at his internship, he was offered a working visa in London and secured a job to commence as soon as he finished university.  This is an extremely high accolade for any student, in particular an international student in their final year of study.

This blog is about the Global Talent Visa in the creative arts sector.  While I received the Global Talent visa in digital and tech #TechNationVisa and Tech Nation (formerly Tech City UK) are the endorsing body that endorsed my application, the Arts Council England is another endorsing body that can endorse Global Talent Visa applicants in arts (dance, music, theatre, visual arts and literature), museums or galleries; or within the film, television, animation, post-production and visual effects industry as well as fashion and architecture.

Being in Malaysia but desperate to return to the UK, Ezra tried unsuccessfully to find work within the creative arts sector who would sponsor him in London.  He also researched different types of visas for the UK including the Tier 5 (Temporary Worker – Government Authorised Exchange) Visa.

Ezra struck gold when he discovered the UK Global Talent Visa through a friend who was also applying for a similar visa for the United States.

When he contacted me after reading my blogs about my own journey, I could hear the hesitation in his voice because while the gold was very tempting and he very much wanted to apply for the Global Talent Visa he, like many other applicants, was very reluctant to. He says,

the guidance notes presents some incredibly difficult requirements. I saw words like Oscar and Grammy award winners and I was immediately turned away from the visa. It was a great gamble but the reward is too tempting to ignore – 5 years and 4 months if successful. This visa could be the answer to all my problems.

And it’s true. Some of the requirements to be endorsed by the Arts Council England refers to film actors who have won Academy awards, Golden Globe awards and other prestigious awards.  While Ezra wasn’t applying as an actor, seeing those (unattainable) requirements could send any potential applicant into an unnecessary frenzy!

Despite this, I reassured Ezra by asking him to focus on the criteria set by Arts Council England for the arts, his achievements in the sector, his awards and accolades, published work that he was proud of and more importantly, ones that showed his immense talents and creative design work.

While Ezra didn’t have some of the supporting documents at the time we spoke, the criteria was set out in the guidelines so he could spend time gathering the necessary documents.

Like my own Global Talent Visa #TechNationVisa endorsement application, it took Ezra a number of months to ensure his application was complete with all the supporting documentation required including the mandatory 3 letters of recommendation.

After anxiously waiting 2 months, it was such a proud moment when Ezra informed me that after submitting his application in May 2017, he received his endorsement for exceptional promise from the Arts Council of England in July 2017!  This meant that Ezra could apply for the Global Talent Visa!

the visa represents the full circle that I’ve reached with my London efforts. I’ve been struggling for the past four years to be in London, and every step of the way was hard, traumatising, and draining. I’ve exhausted all my options and faith to keep trying. Hanging by a thread. All I ever wanted is to work in a city I love and contribute to it. In return I was presented with more rejections that I can count and mountain of disappointments I was never ready to face.

To be invited back to the city, as an official resident that’s been certified by the Arts Council of England themselves, as an exceptional talent – is a testament to my struggles and capabilities”.

I completely understand because when you are rejected from job opportunities, not based on your skills but for the reason of the “right to work and live” in a country, it is very difficult to accept.

With his visa and residence permit now in tow, Ezra is based in London working as a Designer.  He no longer has to worry about where he will be for the next five years and four months.  He has chosen London to be his new home, the land of opportunities and the world or London is now his oyster.

It is a fantastic achievement for Ezra, one that he can definitely say, “I finally did it!”